Painter, graphic designer and illustrator Tomáš Bím was born in 1946 in Prague, where he graduated from the Central Bohemian Printing Works apprenticeship in his youth. As he himself recalls, he was led to artistic creation by visits to Jiří Trnka's studio as a young boy. In the end, Bím followed a convoluted path that led him from applied graphics to a profession as an independent painter, including the creation of posters for advertisements and record sleeves. His paintings speak to the contemporary viewer with mysteriously dreamy scenes of swimming pools, lawns, sports fields or horizons of landscapes where time has stood still. Bim's precise painting, often seen as magical realism, has earned its creator a number of well-deserved awards. He has exhibited both at home and around the world, and today his works can be found in important public, private, domestic and international collections. Since 1999 he has been a member of the SČUG Hollar. 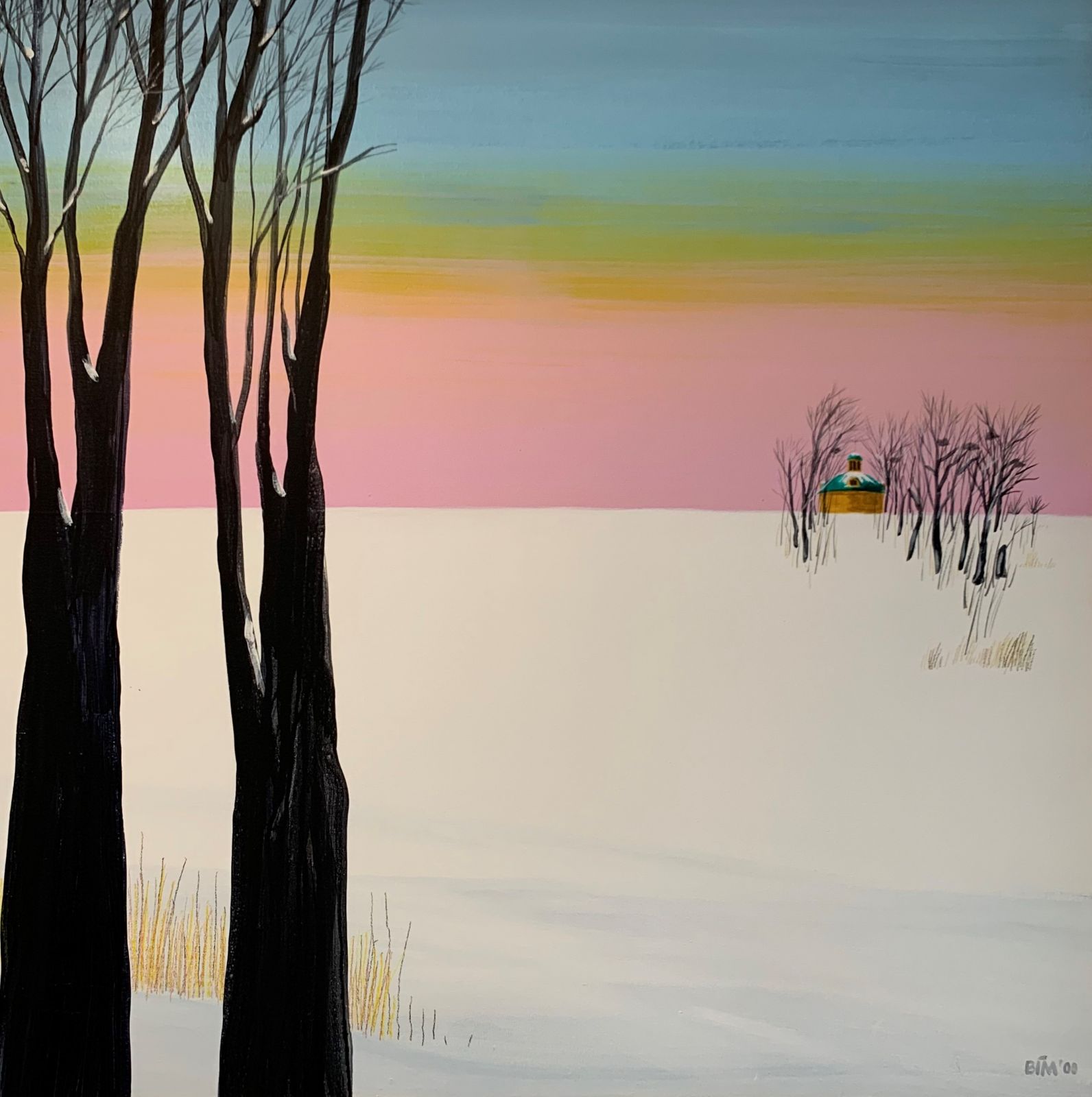